For over 20 years, the community in Crofton, Maryland envisioned and pushed for a local high school. The long-awaited dream became a reality in 2020, when Crofton High School opened its doors for the first time to ninth and tenth graders.

With a brand new school came the launch of a brand new athletics program. Jeff Martin, Athletic Director at Crofton, was excited to kick off sports at his school – but knew that starting each team’s program from scratch would be expensive. He needed a simple and efficient way for his coaches to raise money fast.

Martin wanted to minimize the work that falls onto coaches and athletes with traditional fundraising so he decided to use Rally Around Us, a free online digital donations platform for high school athletics.

“I had a bunch of coaches that wanted to do other things and I kept telling them online fundraising is the easiest and best thing you can do,” Martin said. “And with our season being short, it was a quick way to raise money.”

Seven Crofton teams launched their online fundraising campaigns in March. Each team set a different fundraising goal based on how much money they needed for equipment, team gear and other program costs. Within three weeks of kicking off their fundraisers, Crofton athletics raised about $50,000 of their $61,500 overall goal.

How did they do it?

The work on Crofton’s end was simple. Each team created a short video explaining why they were raising money. Every athlete provided 15-20 contacts to share the video with.

From there, Rally Around Us handled the rest of the work. They built campaigns to live on Crofton’s official athletics site, where they are easy to find and access. On the campaign pages, donors can read about the team and why they are raising money, leave encouraging messages, make a secure donation or share the video on social media. They can also keep tabs on the progress bar to see how close each team is to hitting its goal.

Aside from the ease of the campaigns, digital donations also provide a unique perk in the age of COVID-19. They require no face-to-face interaction, touching or handling of goods.

“It keeps kids away from others,” Martin said. “There’s no collecting money and you’re not constantly on kids to sell anything. As a coach, you can’t get any easier than this.”

Martin said each team who launched a campaign in March – Girls Field Hockey, Girls Soccer, Boys Soccer, Football, Sideline Cheer, Volleyball and Cross Country – is looking at thousands of dollars in their account now. He plans to continue using online fundraising so the rest of the teams in his program can reap the benefits.

“It was simple and beneficial, especially for a new program where none of our teams started with a dime in the account,” Martin said.

He added that none of this would be possible without the support of the local community. He and his entire coaching staff are thankful for the people who continuously support Crofton athletics.

If you want to learn more about setting your school up with Rally Around Us, contact your VNN school account manager or schedule a demo here. 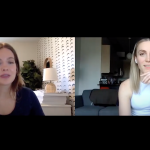