Each week, we scour our network to find the best stories in high school sports. Check out some of our favorites from the past week:

West Bloomfield’s (MI) Donovan Edwards was the recipient of the 2020 Mr. Football Award for the state of Michigan.

Coach Cagle brings with him a wealth of football knowledge and experience, along with a passion for connecting with student-athletes.

The February Signing Day brought 9 Falcons to the table pledging to further their athletic careers in college. Falcon Nation would like to congratulate each athlete and their families.

Aiton is a 2014 graduate of Reitz Memorial and earned her degree in Physical Education and Health from the University of Southern Indiana in 2018. 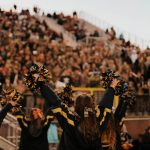