When Athletic Director Vicki Nelms met with candidates to head the boys soccer program at the newly formed Adrienne C. Nelson High School this fall, she had only one thing on her mind – hiring the best coach possible.

It was only by chance that the top candidate would also be the first-ever female to lead a 6A boys athletics program in Oregon.

Lisa Harings was also the only woman to apply for the job, Nelms said. With an extensive background both coaching and playing soccer, Nelms knew she was the right fit for the position.

“We needed a quality candidate who wasn’t afraid to build a program, including developing the culture and the kids. Her ability to work with athletes kept coming to the forefront for us,” Nelms said. “It’s exciting that we’ve hired someone of her caliber to lead a 6A program in the state of Oregon.”

Finding success on and off the field

Harings played soccer nearly her entire life, winning a state championship in high school and setting multiple records in college. When she hung up her cleats, she entered the world of coaching. Harings has coached soccer for over 25 years now. Most recently, she served as the assistant boys varsity soccer coach at Forest Grove High School.

On top of coaching at the high school level, Harings leads the 2007 and 2002 boys soccer teams for Santos FC, a non-profit organization that leans on volunteer coaching. Through her many accomplishments, she was recently named the 2020-2021 Oregon Youth Soccer Association Boys Competitive Coach of the Year. But if you ask what accomplishment she takes the most pride in, she won’t mention soccer.

According to Harings, her most prominent achievements revolve around helping players find success off the field. She obtained her ASPIRE mentorship in 2018 to provide personal and academic support for her athletes. She has spent countless hours looking over college applications, scholarships and financial aid. Last year, 11 of the 15 players on her team went to college and two went to trade school. All 13 players were the firsts in their families to continue their education past high school.

“We are all grateful to play under a coach who understands our struggles and cares about our future. I’m really thankful for meeting Lisa and taking advantage of the support she’s given me, and I am a better person at home, work, and at school because of her,” said one of her players.

Showing what female coaches can achieve

As for working with boys, that was simply part of the package for Harings. When she wanted to get back into coaching high school athletics, the assistant position at Forest Grove opened up. When she was ready to head a program, the job at Adrienne Nelson was right in front of her.

“Girls should see that we’re capable of these positions but at the same time, boys need to see that women are capable of holding these positions,” Harings said. “They have the same knowledge, understanding and experience. It’s important for both boys and girls to see the opportunities that we should be granted based on our coaching philosophy.”

While Harings knows firsthand the importance of female representation in coaching, she also stresses the fact that all qualified coaches should be given the same opportunities. At the end of the day, she was selected as a head coach because she was the best fit – and she wants girls to see that they can be the best, too. Harings is ready to take on the challenge of building a reputable soccer program at Adrienne C. Nelson High School.

“The first year is a rebuilding year, but I don’t think it’s unreasonable for us to have the goal of making playoffs,” Harings said. “I know we’ll be a young team, but there’s teams that win state championships with only two or three seniors.”

With a proven track record finding success both on and off the field, Harings’ team is undoubtedly in great hands. To keep up with the team’s fall season, visit their official athletics site here.

Interested in advancing your career in coaching? Here’s some advice from Coach Harings: 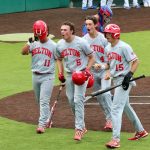