This free, two-day competition allowed athletes to win gear, grants, and glory for their schools – all while getting on the radar for college esport scholarships.

Overall, this two-day competitive tournament gained plenty of hype and over 50,000 streams.

After the event, AVGL gave $2,500 worth of gaming gear to the top placers while VNN awarded grants to the schools with the most sign-ups. With 88 registrations, Timber Creek High School (TX) won $2,000 for its athletic department.

Sam Mizener, Virtual Manager of Timber Creek athletics, was excited to hear the news. He’d promoted the event on the school’s athletics website and social media, but was still surprised to learn that they won. The event had over 400 views on their site  – clearly giving students the reminder they needed to sign-up.

Next up: VNN’s support of esports will continue with our sponsorship of Intel Inspires, a three-day esports recruiting event. We’re excited to join TikTok, NickEh30, High School Esports League and more in partnering with AVGL for this exciting event. 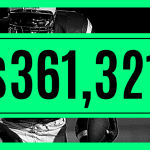 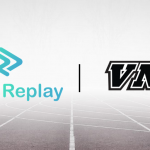